A few years ago the phrase ‘there’s an app for that’ started to be the go-to expression for almost any situation. This reflected the novelty of suddenly having so many handy little programmes we could download onto our mobiles – presenting us with novel ways to communicate, digest information and organize our lives.

Of course, since then, it’s a phenomenon that has exploded. Every brand from banks to retailers now has an app that makes interacting with them easier than ever before. The apps themselves have become more diverse – you can download anything from a spirit level for DIY fans to games to play on your mobile.

The figures are quite incredible. With the latest estimate that there are 2.5 million apps available in the Google Play Store alone, with a high proportion of them being free to download. With numbers like this, there comes a warning for anyone planning to develop their own app. Namely, that it’s going to have to be pretty good if it’s going to be a success.

But that’s no reason to be defeatist from the start. Plenty of developers continue to be attracted by creating apps, and there’s a better than average chance that they’ll succeed – provided they follow some straightforward steps.

1. Set out your objectives

Start with the most important question – what is your app going to do? To answer this you’ll need to know your audience. Is it for people with a specialist interest like fitness – examples of successful apps in this field are Strava and Map My Run – or will it appeal to consumers in general? Whoever your app is intended for, it will definitely have to solve some kind of problem, make life a little easier or be engaging and entertaining in some innovative way.

This might seem like a premature step when you’ve not got a full idea of what your app is going to do exactly but it’s an important one all the same. By using whatever drawing skills you have it’s going to help you gradually get a clear picture in your own mind about what the finished app might look like. As well as helping to crystallise your own thinking, it’s also a great starting point which will help you explain the concept to other people – and build the team you’ll need for the app, and any investors.

In an area that’s as overcrowded as app design, you simply can’t operate in a vacuum. Competitor research is essential. You need to find out if there are any similar apps out there and see how you can stand out from them in the market, or what you can learn from them. Look at the kind of content they produce – for example, whether they use video – and how the app feeds into any other channels such as a website or social media.

4. Work on a wire frame and a storyboard

As your app concept gathers momentum, it’s time to map out a more comprehensive idea about the structure of the app and its user journey. This is where designing wireframes and a story board comes in. There are a number of programs available online to help you optimise your app’s structure and navigability, which are both crucial to its success.

By now you may have a working prototype. Although still quite a way from being the finished article, it should be good enough to start some initial testing. This can pick up any glitches at an early stage when it will be easier to fix them. While this prototype will still only look approximately like the app it will eventually become, it’s a good idea to carry out some robust user testing to check if it’s working how you want it to. To get the most from the exercise it’s best to choose people from your target audience. For example, if you’re hoping to compete with some of the best cooking apps then try testing it with some home chefs to see what they think of yours.

By this stage you’ll be well on the way to clearly defining your app and what you need it to do so it’s time to start getting pretty technical and putting together the backend side of things. That’s going to mean setting up servers, organizing databases and making sure that storage solutions are all in place. To make sure that you can get the app up and running as soon as it’s ready this is also the time to set up developer accounts with the app stores that you’re planning to use. Without them you won’t be able to launch and it can take a few days to sort out.

The way that your app looks is going to be critical to its success, especially if you’re operating in a very competitive area. So, applying the right design is going to be crucial. It must be as distinctive as possible to make it stand out – and if you’re operating in a particularly competitive sector, you might take inspiration from other brands in other crowded markets. For example, the multi-billion-dollar gambling industry sees new brands cropping up all the time to grab a share of the growing market – making it all the more important to find new ways to stand out from the crowd. The easiest way to stand out from the crowd is through immediately catching they eye, this is precisely the tactic that Wink Bingo deploy. The unique pop art style and youthful, zesty look and feel, ensure the online bingo operator grabs the attention of the user, with immediate effect.

8. Revise, refine and improve…
Nearly ready… but there’s still time to fine tune your app using all the knowledge that you’ve gained along the way. Are there any glitches, however small, that need to be ironed out? Could the design be improved in any way? Are you sure that the backend is all in place to make it work perfectly from the off? This is the time to polish, improve and make sure that everything will be set up for the launch.

It’s been a lengthy process – it’s estimated that even a simple app can take up to 300 hours to complete and a complex one can take three times as long. But hopefully all the hard work will be worth it and people will soon be downloading it. But that’s not the end of things. As anyone with a smartphone knows, app updates can come thick and fast and there is evidence that the more often this happens, the more successful an app can be.

An app developer’s work may be involving and very satisfying, but it’s never really done. You need to make sure you’re continually evolving and improving your offering to keep up with your competition and moving forwards. Because in the end, if you stand still you end up going backwards. 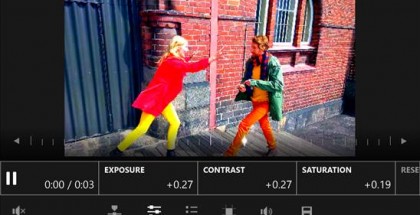